AN OASIS BY THE SEA

Close to the lively beach of San Juan in Alicante, the architecture of this house takes refuge in itself, trying to isolate itself from the energetic activity of the city, becoming an oasis near the beach of the Albufereta.

As a result of the geometric peculiarities of the plot and the urban planning requirements, the germ of the project is outlined as a footprint on the ground, hidden behind a mass of vegetation that attenuates the acoustic and visual effects of the surroundings. 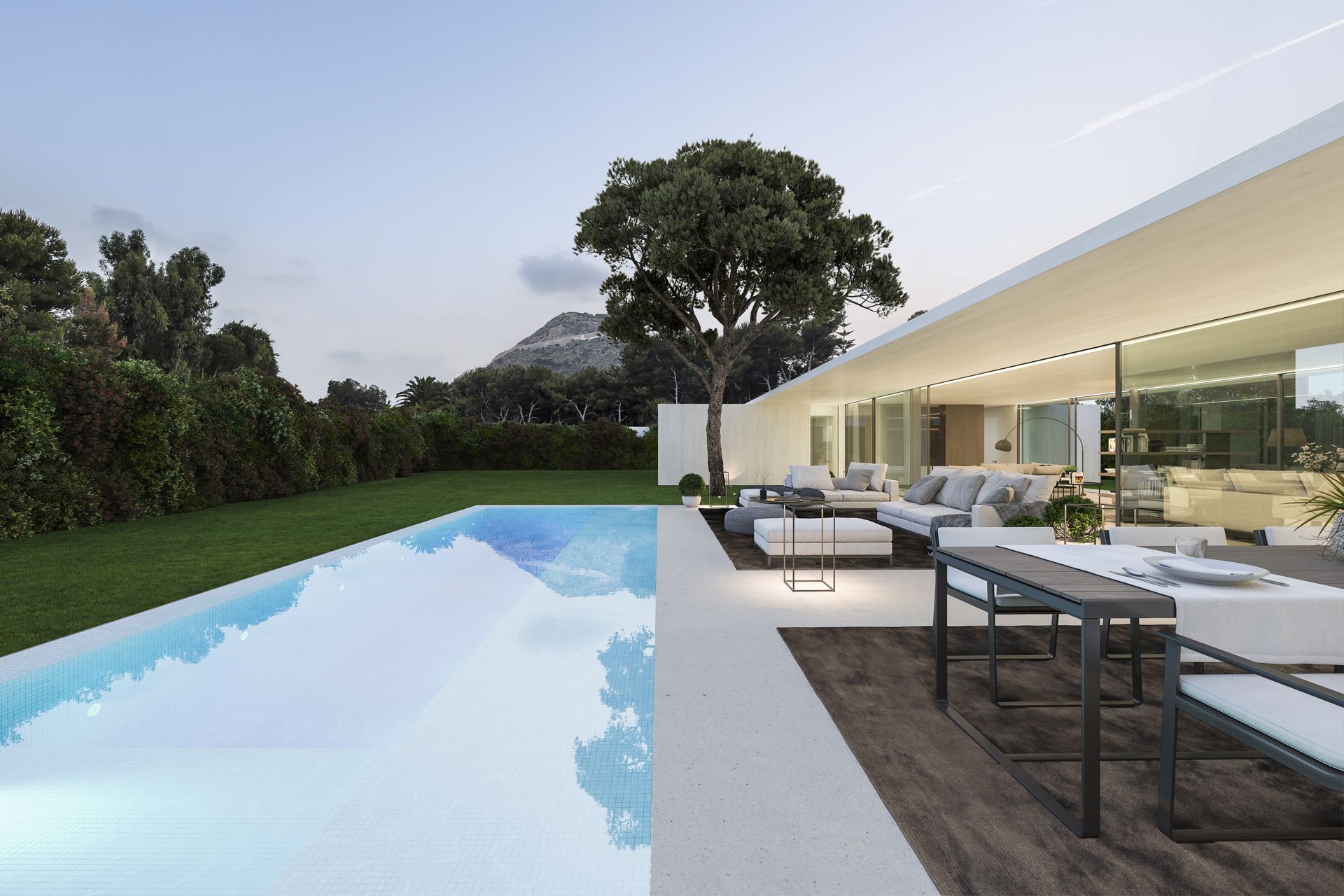 A place to rest, where you can find shelter in the coolness of the shady place, surrounded by vegetation and the vivifying reflections of the water. Matter as a minimum expression for refuge and privacy, in dialogue with the intense light of a Mediterranean that, with the caress of its breeze, announces its close presence… 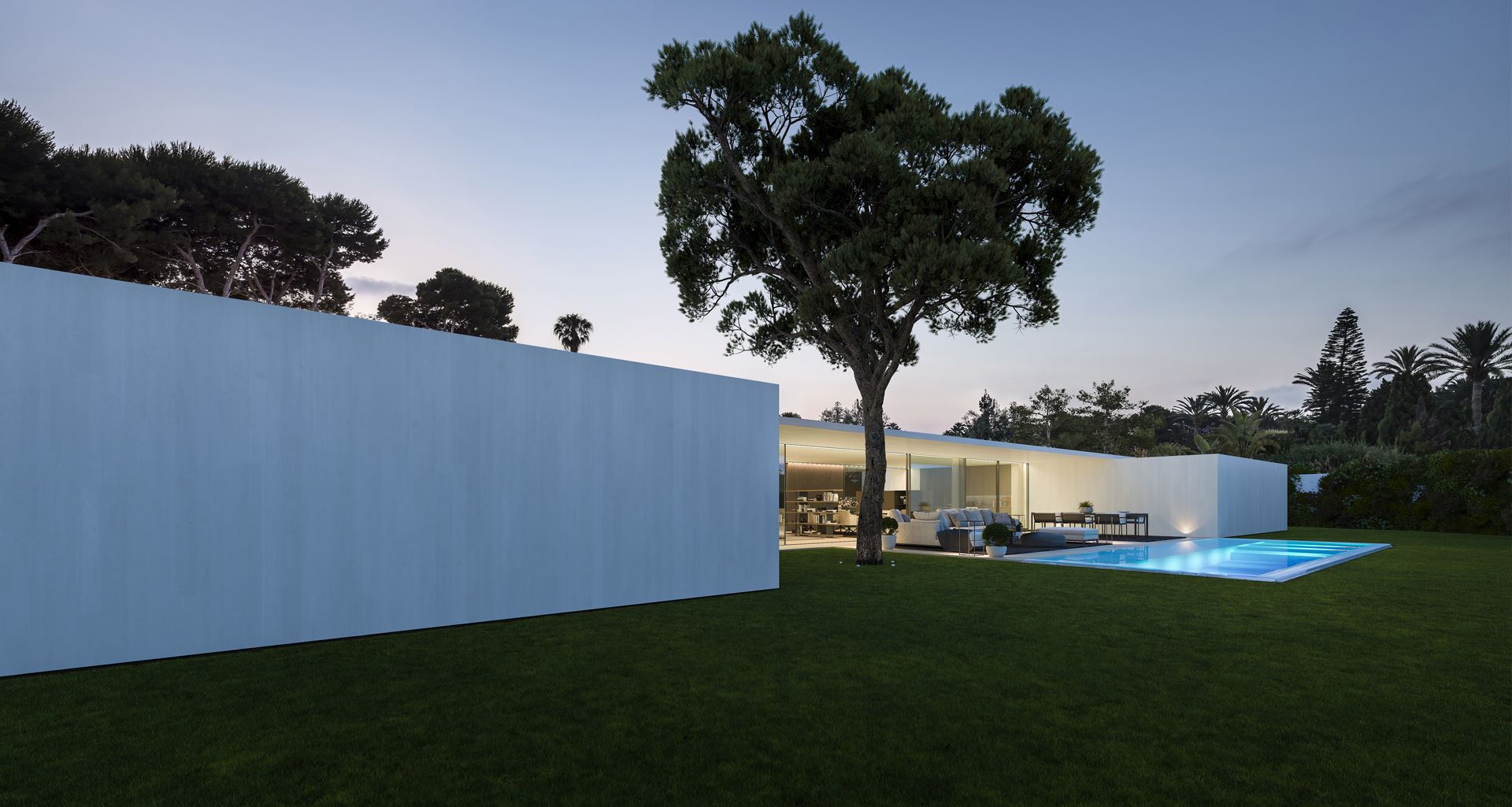 A SHEET BETWEEN TWO PAVILIONS

A thin sheet that links two mass bodies gives shape and character to the house.

Under this thin sheet is the daytime programme of the dwelling, passing through and permeable to the garden. The body situated further away from the access covers the night-time programme while the one closer to the access consists of the car park.

The sliding of the end bodies achieves the desired privacy of the day zone of the house. The exterior paved and landscaped spaces slide so that the garden approaches the interior of the house and the terraces extend to the exterior allowing one to enjoy the entire landscape and the pleasant climate of Alicante.

THE JOURNEY OF THE SHADOW

With a plot of longitudinal proportion, the access point is established at the end that is most exposed to the public space, starting the approach routes for cars and pedestrians along the northern elevation shading, until reaching the central position of the house. From this position an effective zoning of the program is achieved, minimizing the interior circulations through open spaces. 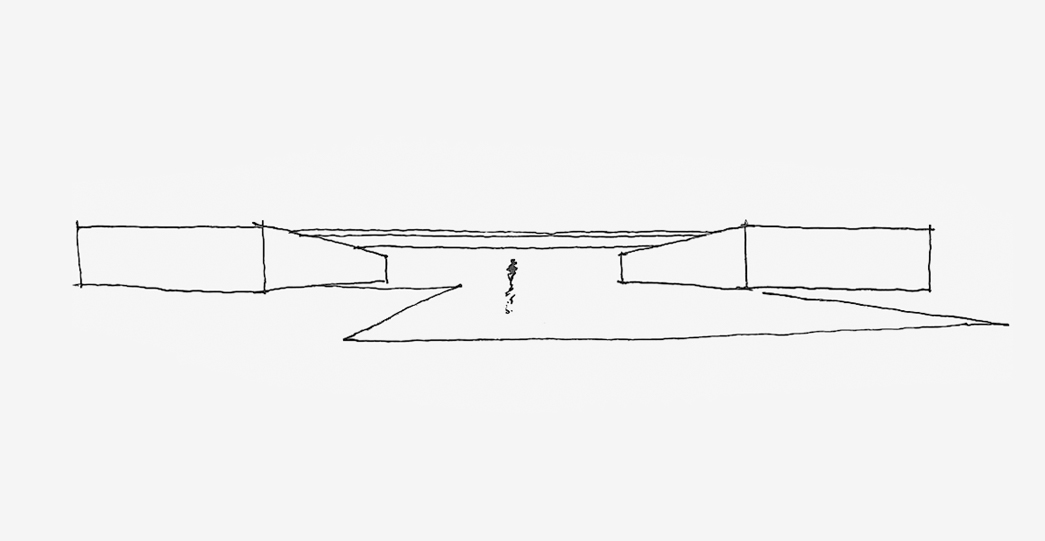 The conditioning factors of the site and the programme lead to a volumetric duality in which the night and access areas are made up of much more compact pieces at the end of the building, while the day area contained between both enjoys a transversal opening towards the garden space. To cover the day zone, the light element is used to avoid the gravitational heaviness that a mass solution would impose. Two prisms between which the fine plane of a minimum roof is stretched define the architecture of this dwelling in Alicante. 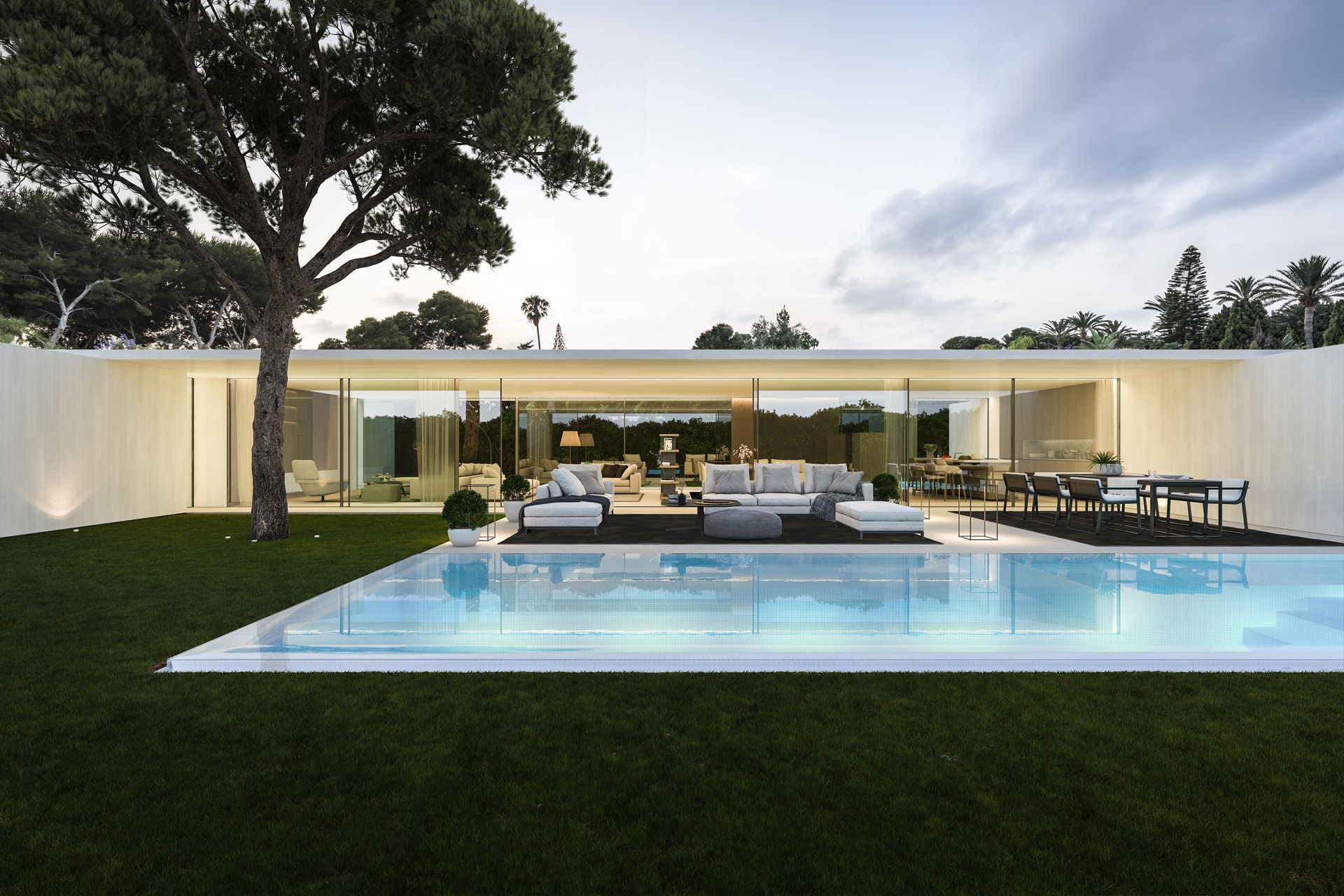 With the entire program deployed at a single level, ensuring independence between the parties requires that each of these areas be oriented in a unique direction, focusing the volumes so that they do not generate visual interference.

The different sensations of privacy perceived inside the plot generate three clearly differentiated areas, from the most public positions in the access area to the most intimate ones in the night area, with the day area acting as a central point between the two. It is the south-western end of the building that meets the conditions of greatest privacy, with views of the canopies of the nearby pine forest. 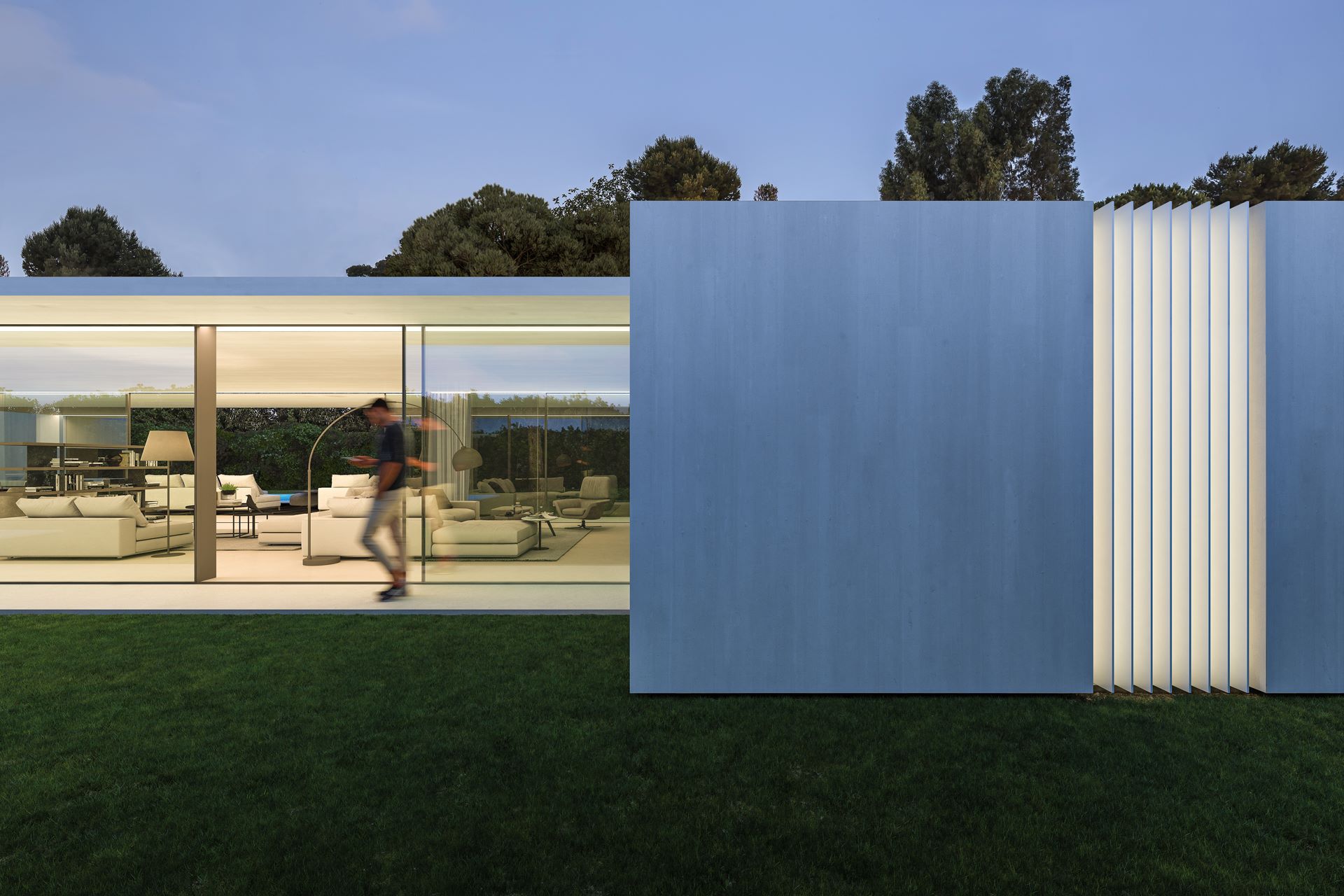 hrough set-back exercises in the day area, outdoor reception and retreat spaces are created with a greater degree of intimacy. These transitional outdoor spaces allow the use of the interior to be prolonged towards the exterior, diluting the limits between both rooms of the house and achieving a much more extensive spatial sensation that expands towards the garden areas. 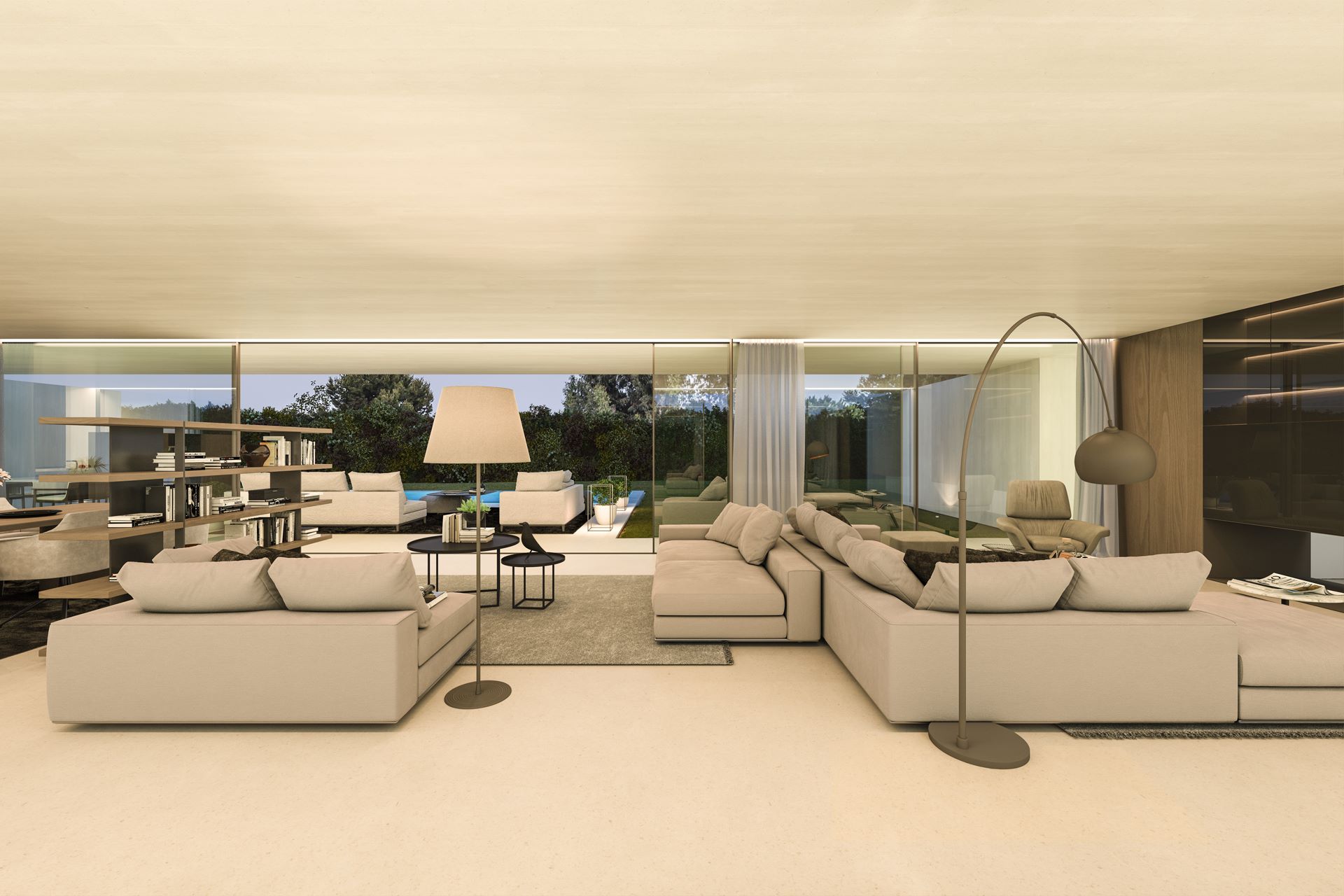 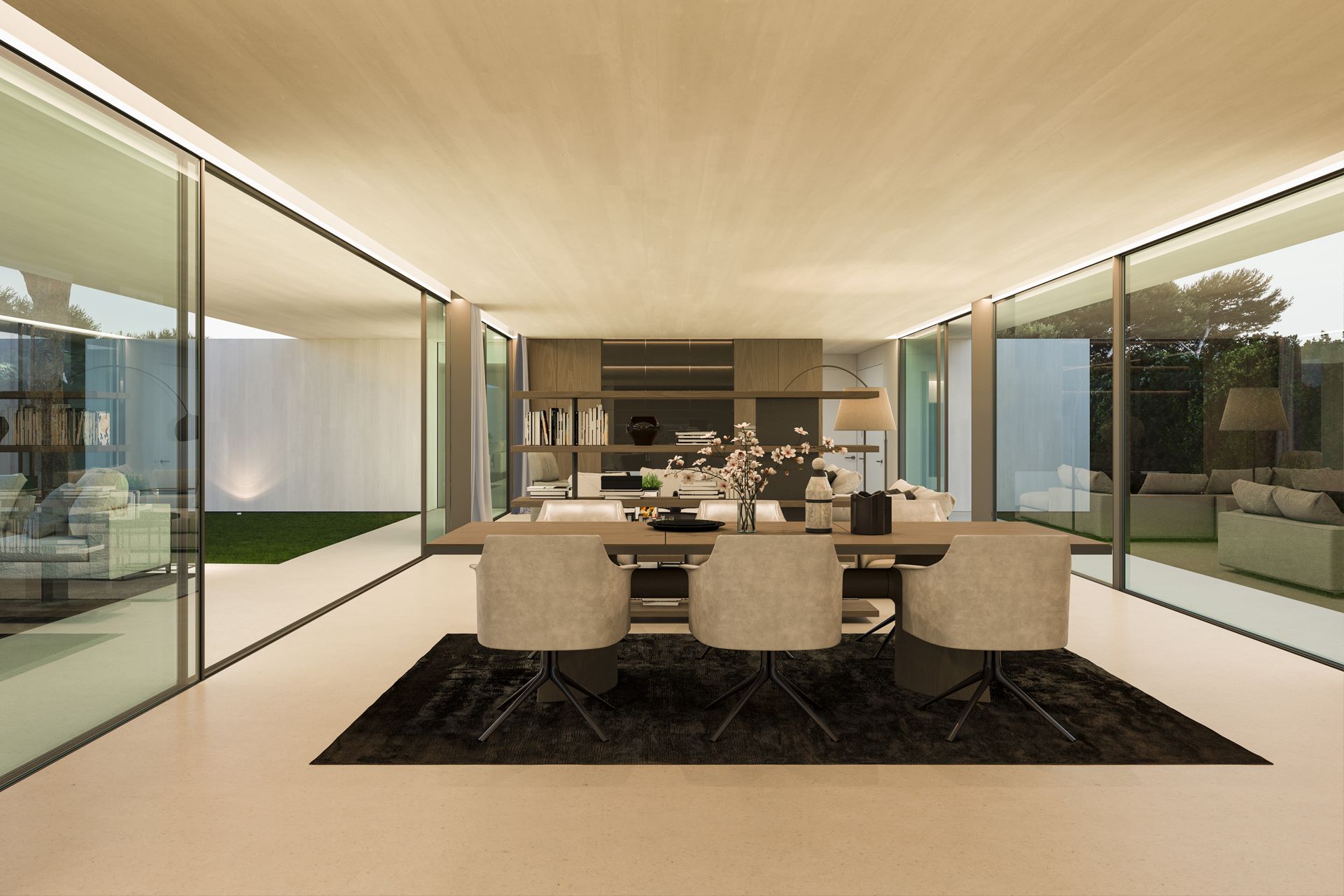 In this way a piece of architecture that is fully permeable to the climate of Alicante is achieved in which the separations between interior and exterior disappear and the space of the house flows without restrictions. Achieving a sensation of refuge in a space that simultaneously has the will to open up to the outside makes it necessary to transform the environment.

A gentle slope emphasises the disassociation of the plot from the surroundings and creates a slowly descending access to the dwelling. A slight re-sinking of the terrain achieves this sensation of greater privacy by concealing the urban horizon of Alicante and decontextualising it behind the barrier of vegetation. In an effort to achieve the necessary greater privacy in the area at night, the mechanism of re-sinking the land is reinforced. 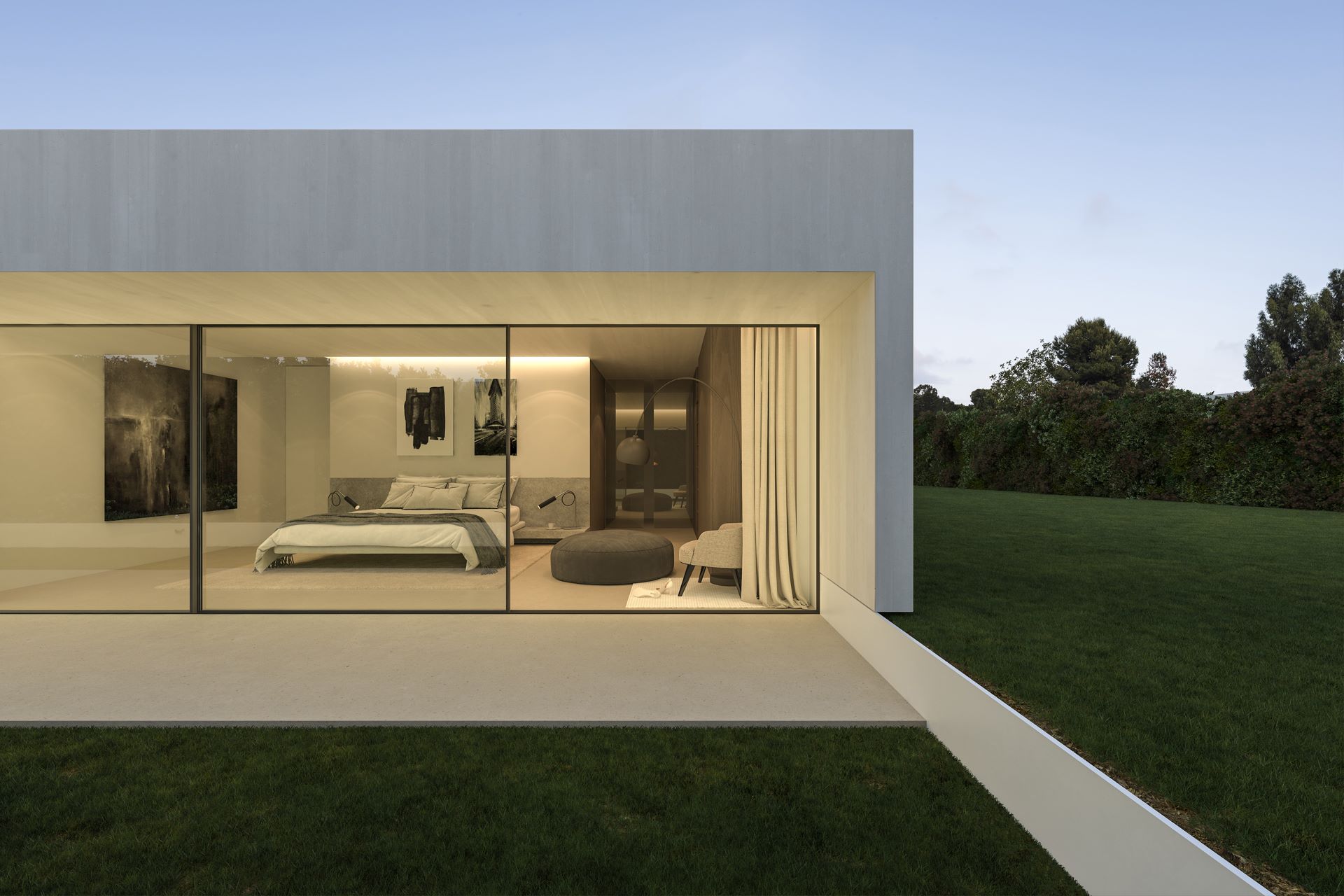