DIALOGUE BETWEEN DIAFANITY AND INTIMACY

A light plane as the minimum expression of shelter, where diaphanousness is reached by eliminating the limits of the inner space and reconfiguring itself by the projection of its shadow. A stony volume that sustains it and that, with its corporeality, guarantees an architecture with optimal levels of intimacy for this house in Monte Alcedo, Valencia.

The program is divided into two well-differentiated zones, serving night and day stays independently and achieving optimal functioning of uses.

The house access is located between these two areas, thing that helps to configure the outdoor spaces of this architecture in Valencia. The different geometries of both uses adapt to the irregular shape of the site which has just linked the project to the place.

A massive body on the north side serves as an anchorage for the flight of the light forging that generates this duality between mass and ether. The swimming pool appears as an element that embraces and is introduced in this light flown plane. A subtraction of land allows to create a backyard for the lower floor. 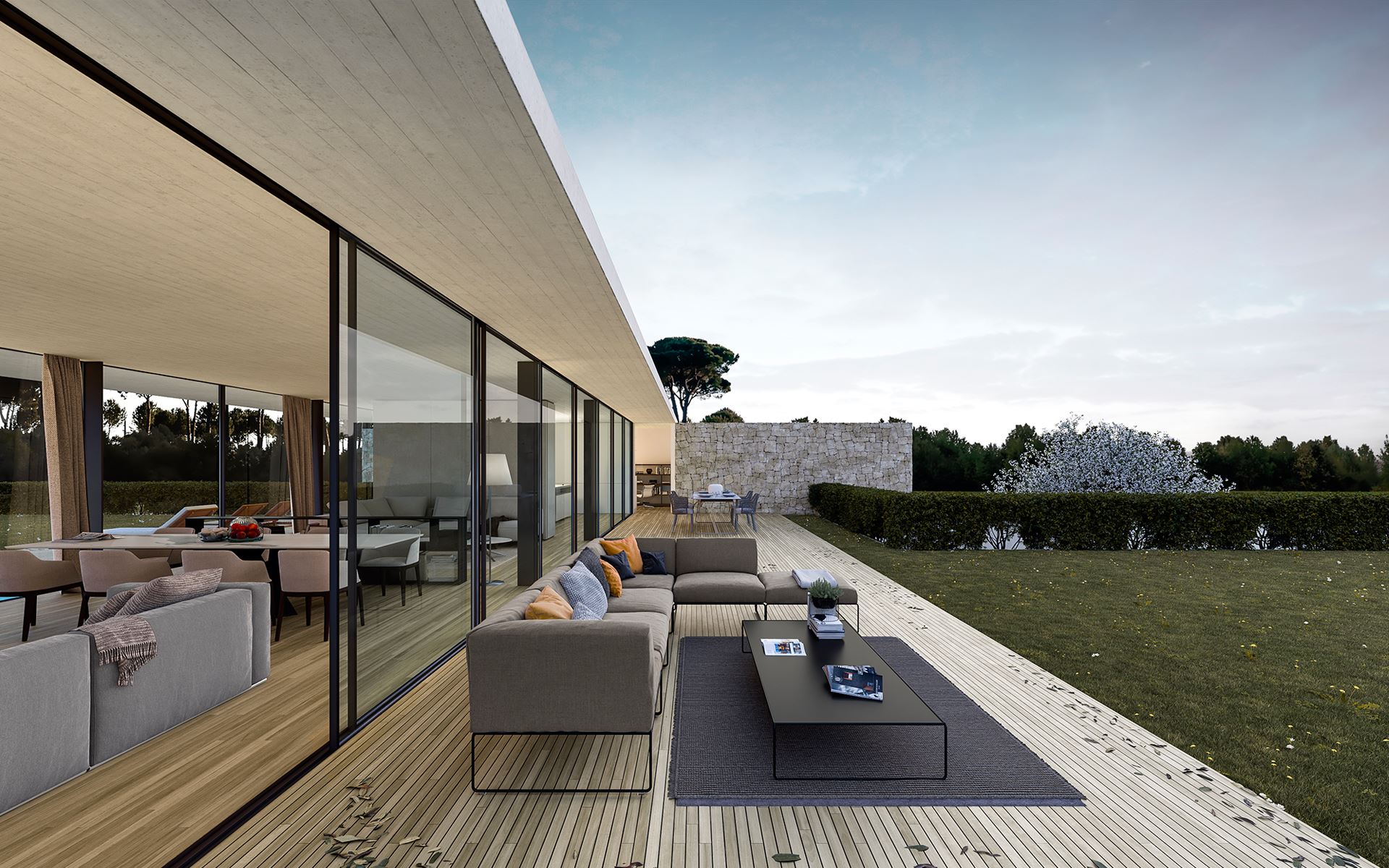 The geometry of the project is adapted to the urban and geometric conditions of the plot, with alignments that necessarily move away from orthogonality. The night zone is resolved with masonry walls on which the light roof plane slides generating this duality between both elements.

The horizontality and lightness of a plane under which shade the programme of the day zone is developed between glass planes, with the limits blurring with the exterior, allows passing spaces and a wide visual field extending the useful surfaces of the day zone.

Generous terraces open up as transition spaces between the glazed interiors and the green esplanades of the garden. The sheet of water in the swimming pool embraces the day zone, extending with its reflections the spatial quality of the different areas. 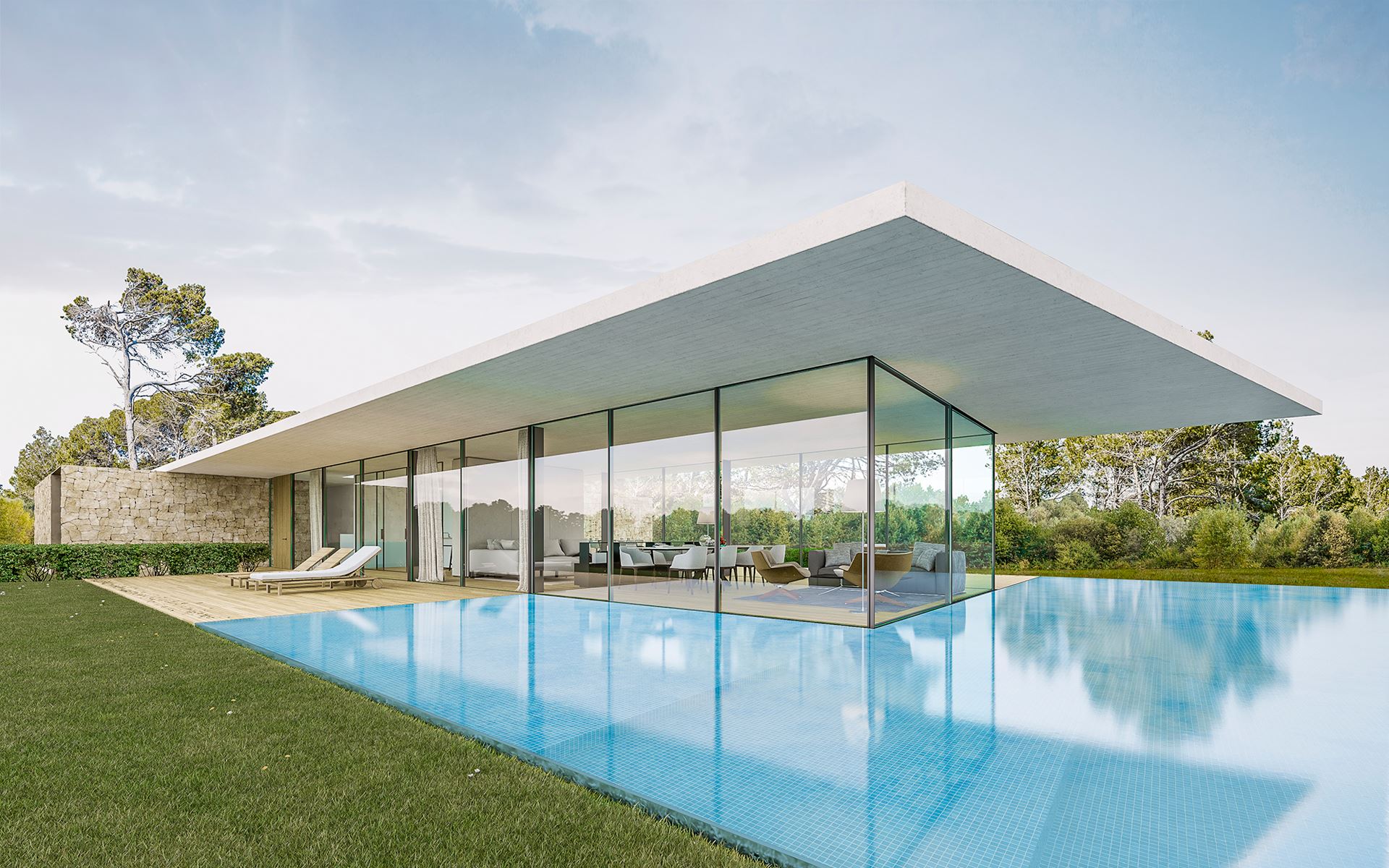 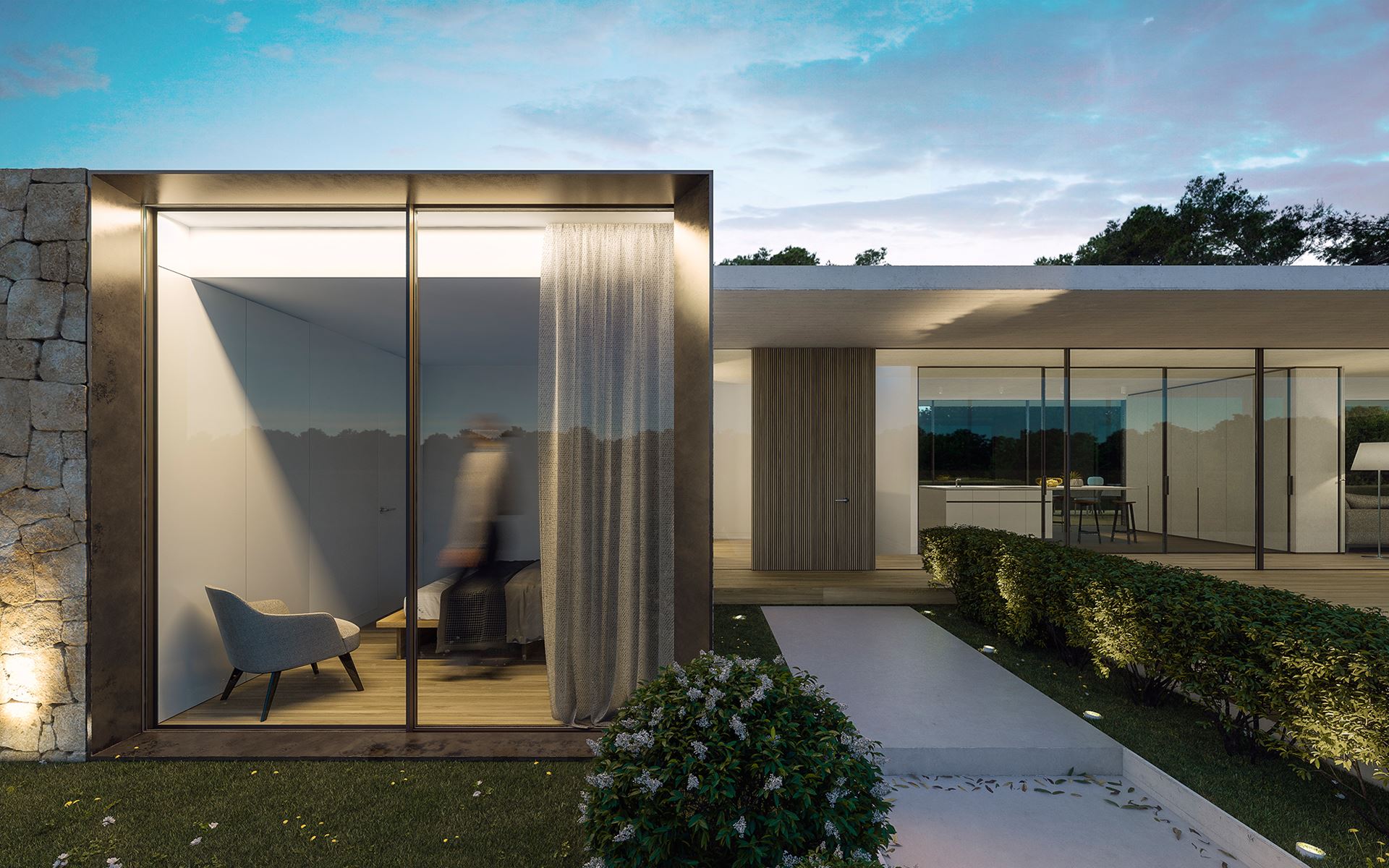 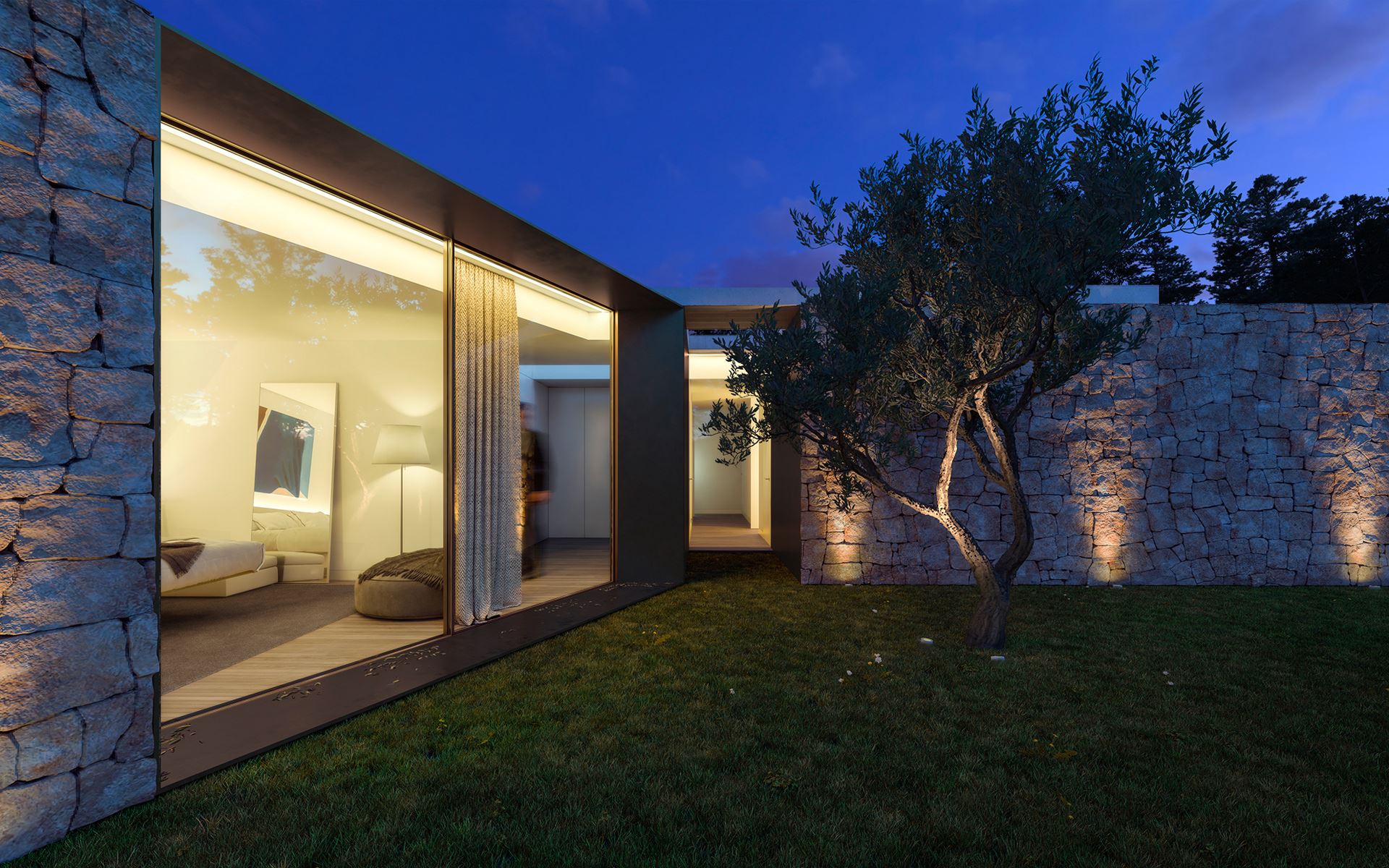 The night zone is configured by a solid volume of masonry walls perforated by framing controlled visuals and in contrast with the sensation of lightness of the day zone. 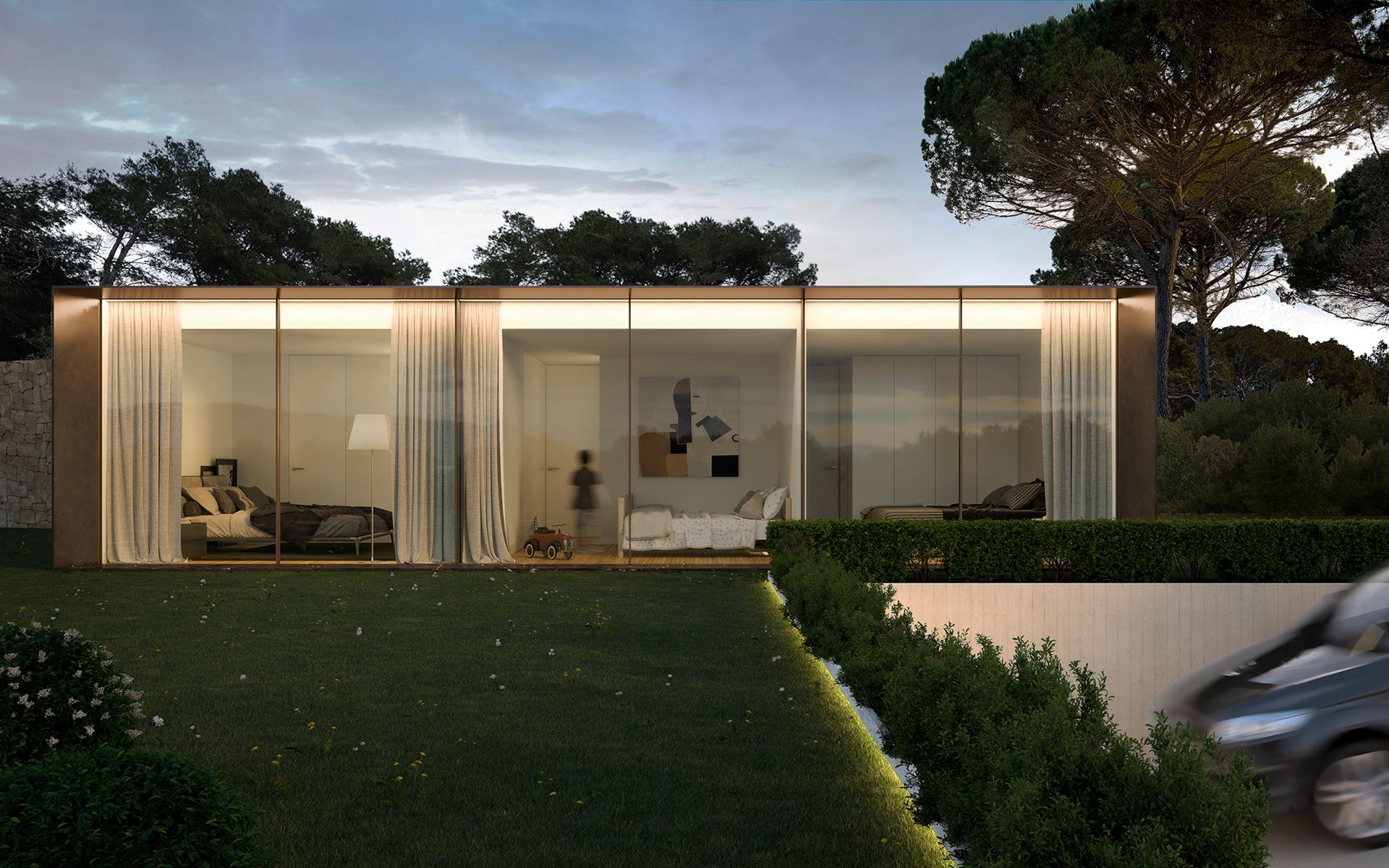 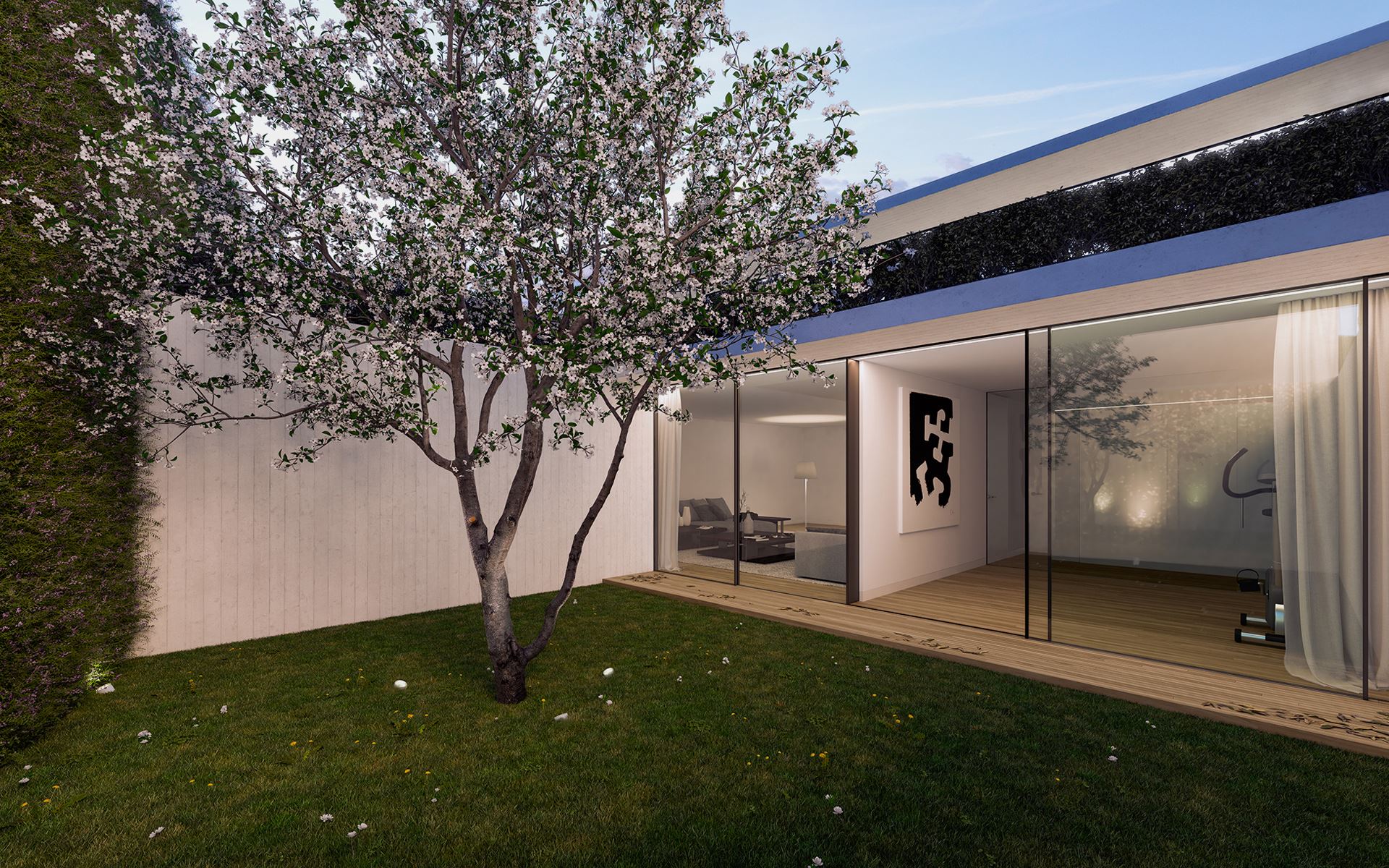 By definitively separating the gardens from the night  and day zone, a large courtyard opens up to introduce part of the garden into the ground floor, as well as introducing the game of different heights into the landscaped spaces.