The offices of GLA studio are located in Valencia, at the corner of calle Sorní and Conde Salvatierra, very close to the Colón Market and a few steps from the landscaped bed of the Turia river, the lung of the city that accompanies it.

The place stands out for being a unique area of confluence in which the activity of different companies is accommodated, encouraging the enrichment of interdisciplinary interaction, and that thanks to its location in the centre of the city allows us to have a constant contact with its rhythm and life. 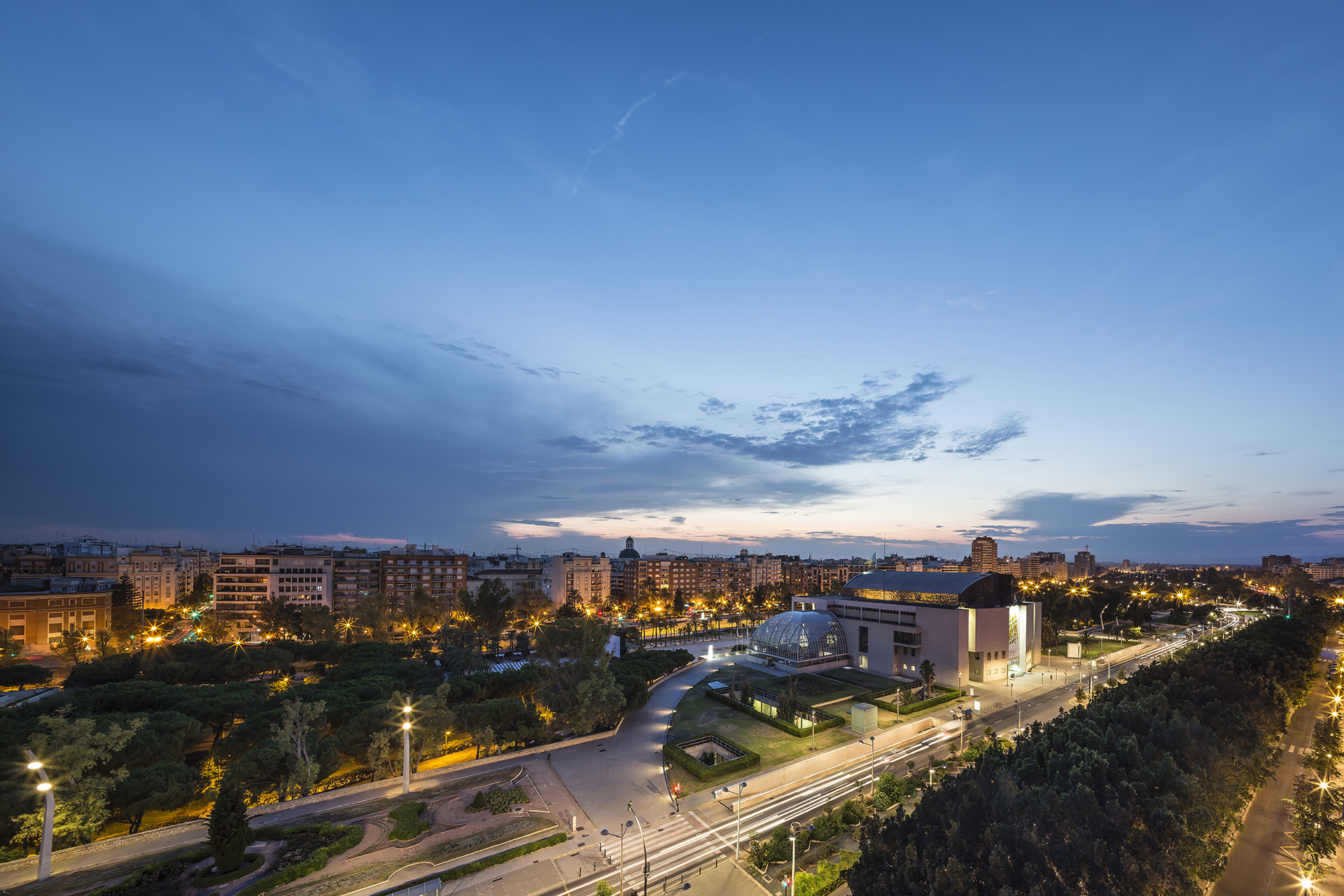 The space that develops along the nineteenth-century façade, modulated by the transverse arrangement of work stations at the rhythm marked by the opening of holes and the structure next to the texture of the pavement highlight the tradition of the constructions in the area. That pre-existing historical envelope and a contemporary interior as one moves towards the interior of the space generate a dialogue between tradition and innovation. 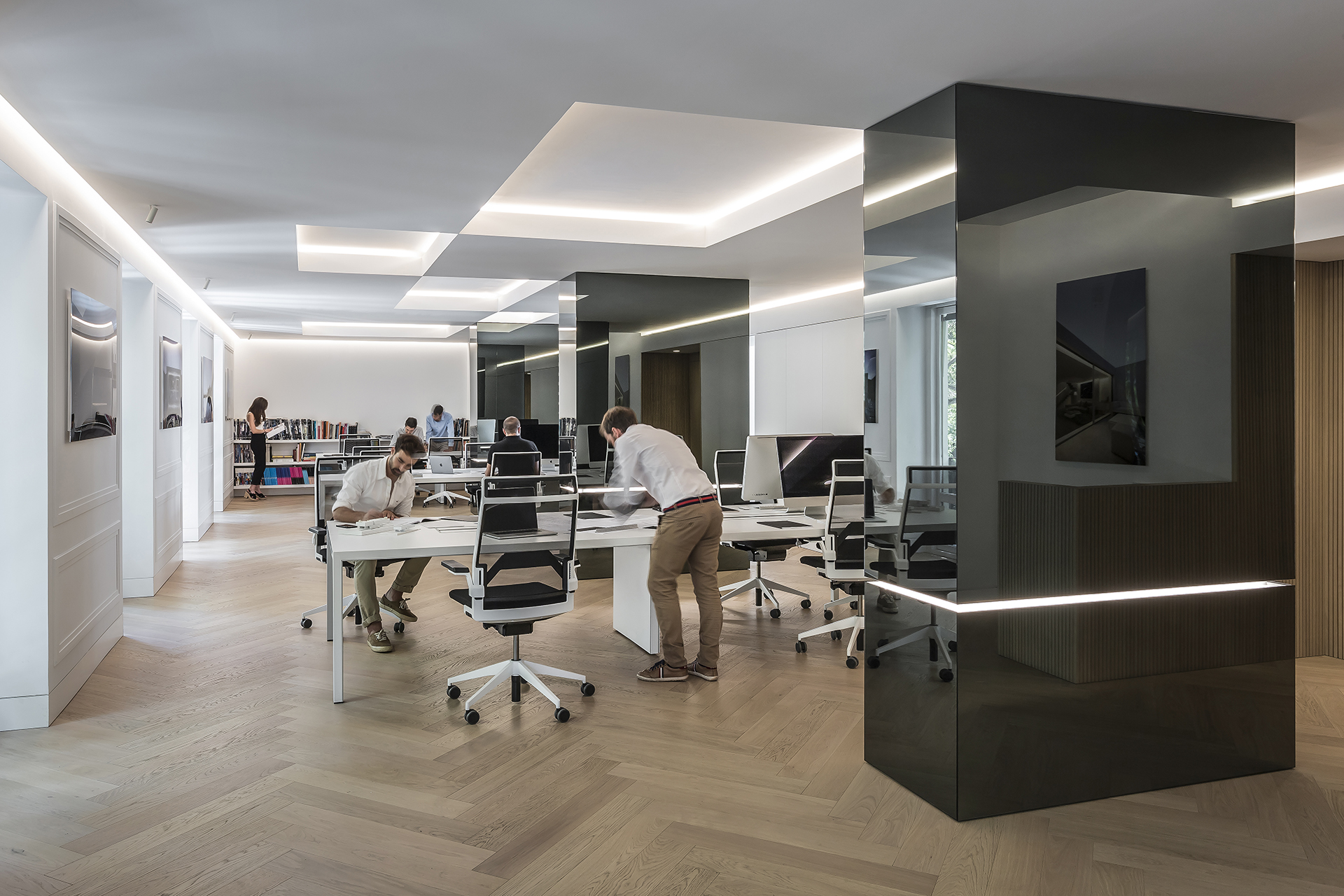 This open space invites the collective creativity where the projects we develop are conceived, place of interaction between the different phases and professionals that intervene from the conceptual and artistic initial stage, the development and care of the detail up to the execution and precision in the work.

The design process to which each new work is submitted combines the program requirements and the formal debugging of architectural volumes through tectonic synthesis.

This evolution, which develops through a process of maturation in which multiple factors intervene in a multidisciplinary work environment, culminates in the constructive definition of each singular detail, each encounter: sometimes it is about how light slides through a skylight, the encounter between two planes, or the simplicity and rotundity of the whole. 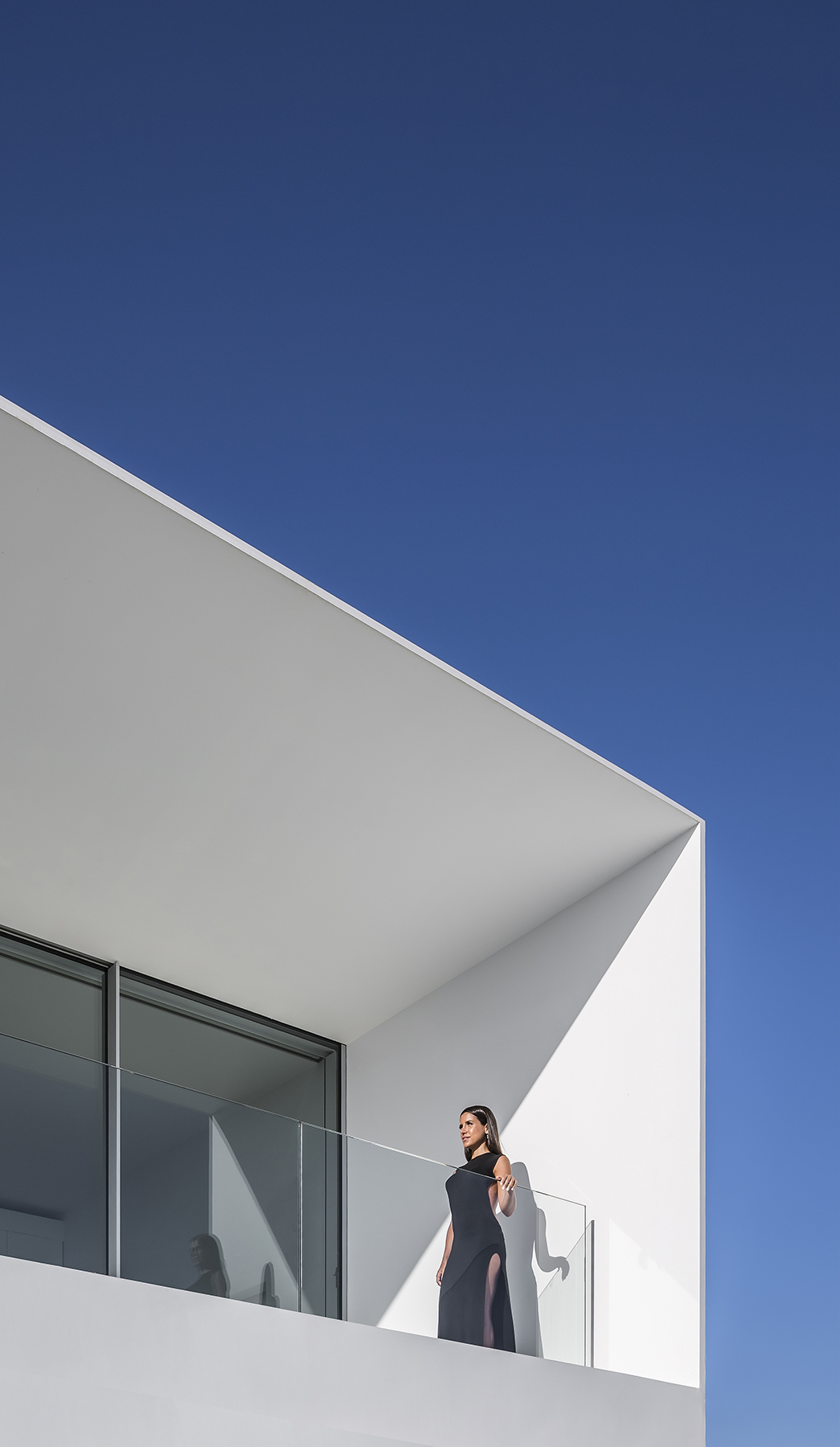 The constructive detail, reflected and correctly executed, manages to unconsciously generate sensations in the observer who lives in space, transmitting the grace of good work.

Sometimes it provokes fascination when questioning preconceived ideas of certain solutions. In others, a well-resolved encounter can deepen the evocation of the desired equilibrium, or the illusion of immateriality, when a reflecting pool is diluted with the horizon. The relevance of detail lies precisely in its invisibility, from which also derives a complexity in which all the ingenuity and constructive knowledge of the team is turned over so that the final materialization remains faithful to the idea with which it was conceived. 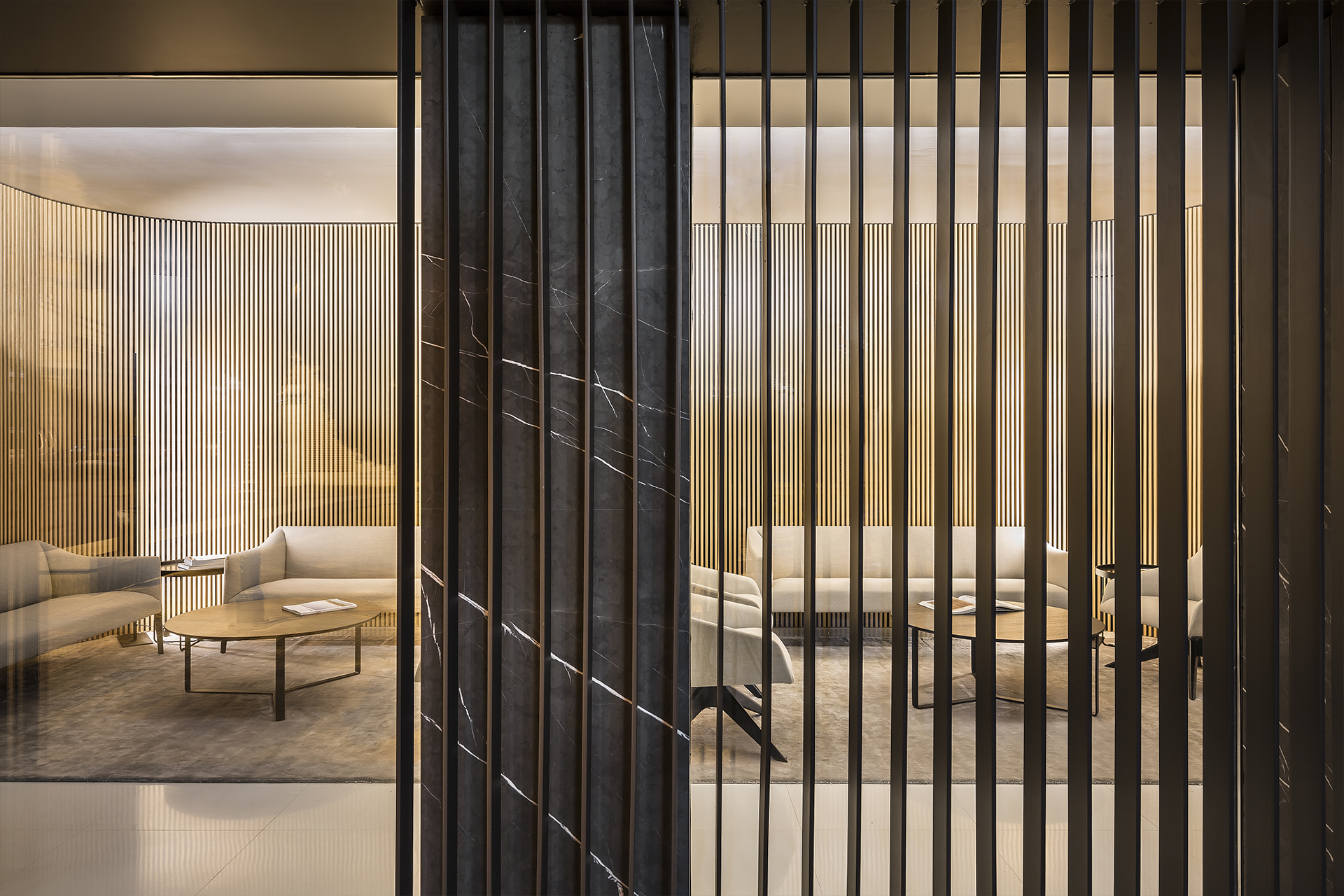 This detailed study covers different scales, from the project as a whole to the smallest decisions. They appear both in the definition of the structure to achieve surprising challenges that defy gravity, and in any of the carpentry encounters. It characterizes the texture of the finishings, the conjunction of different materials, the union of planes and the generation of edges. The metric of the stereotomy, a subtle line of shadow or a particular light on the walls.

The responsibility involved in a scrupulous execution requires a profound cycle of revision and drawing until the necessary concretion is acquired, enriching the project in the course. The progress of the work produces a transfer of knowledge that leads to new solutions.

Professionally, few emotions are as gratifying as contemplating that details previously imagined, are finally well executed and fulfilling the initial idea. The value given to what is hidden transcends, thus, the small scale achieving the clear perception of space, revealing in all its magnitude the importance of what is not seen.